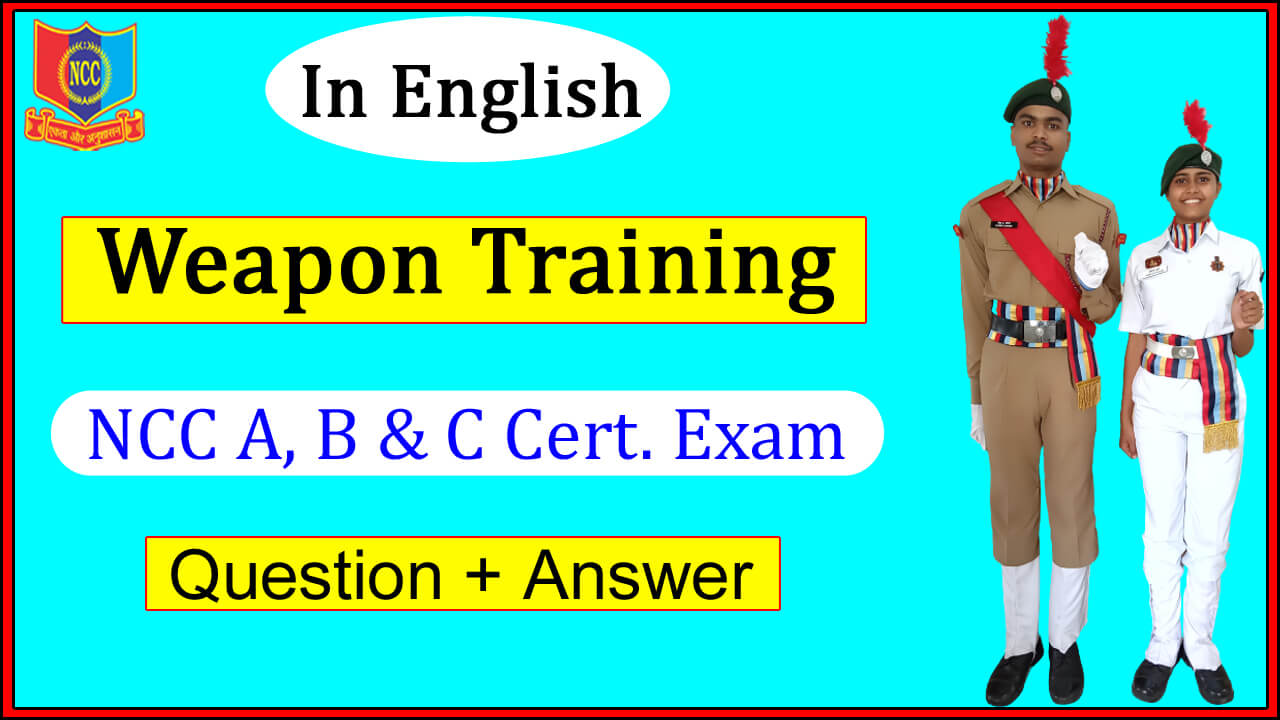 (i) The trigger has different types of ………. Pressure ?

(iv) How many bullets are there in the magazine of .22″ Rifle Deluxe ?

(v) In how many parts does the LMG open ?

(iii) What are the four basic requirements of a good target ?

Answer :- 12 in large parts and made of fiber

(a) A rifle fires when it is half cocked ?

(c) Do the firing party and the ammunition party stay at the same place at the firing range ?

(d) The rifle is cocked twice on the order of ’empty tax’ ?

– Groups a group of bullets fired from the same position and grip on the same mark.

(iv) What is the type of bullet marks on the target called ?

(b) Is it necessary to check the safety of the rifle before opening it ?

(d) Is Range Drill necessary to maintain discipline and safety during firing ?

Answer :- The middle point of the group i.e. the center point is called MPI.

A .22 rifle is fired from three positions –

(ii) on the knees

(i) What is the use of pull-through in a rifle ?

(ii) When is the rifle considered full ?

Answer :- When there is round in the chamber

(iv) What are the qualities of a good firer ?

(v) What do you understand by MPI ?

32. What are the two important things for a healthy body ?

( What are the four grades of firing )

34. What are the three types of salute in the Guard of Honor ?

Answer: – Go to the firing position, take the lead and keep the eye-brain and target in sync, wait for the next command, it is called Limber-up.

(a) Sight Alignment :- The action of joining 4 site tip in one line between the eye of the fire, the aperture hole.

(iv) What is the weight of a fixed butt INSAS rifle with an empty magazine ?

Answer :-To remember this trick, let’s use the word GRAD –

(i) First take out the magazine and cock it twice

(ii) open the rifle in a systematic manner

(v) After this wash with warm water

(vi) Draw again in the pull-through with a sign

(vii) Clean the chamber with a chamber brush

(c) The position of the gas regulator of INSAS rifle is ……… ?

(d) While loading the rifle, the position of the safety catch is at ………… ?

Answer: – The process of bringing the MPI to the correct target place by removing the mistake of up-down and right-left is called zeroing. The purpose of zeroing is to remove one and only weapon faults.