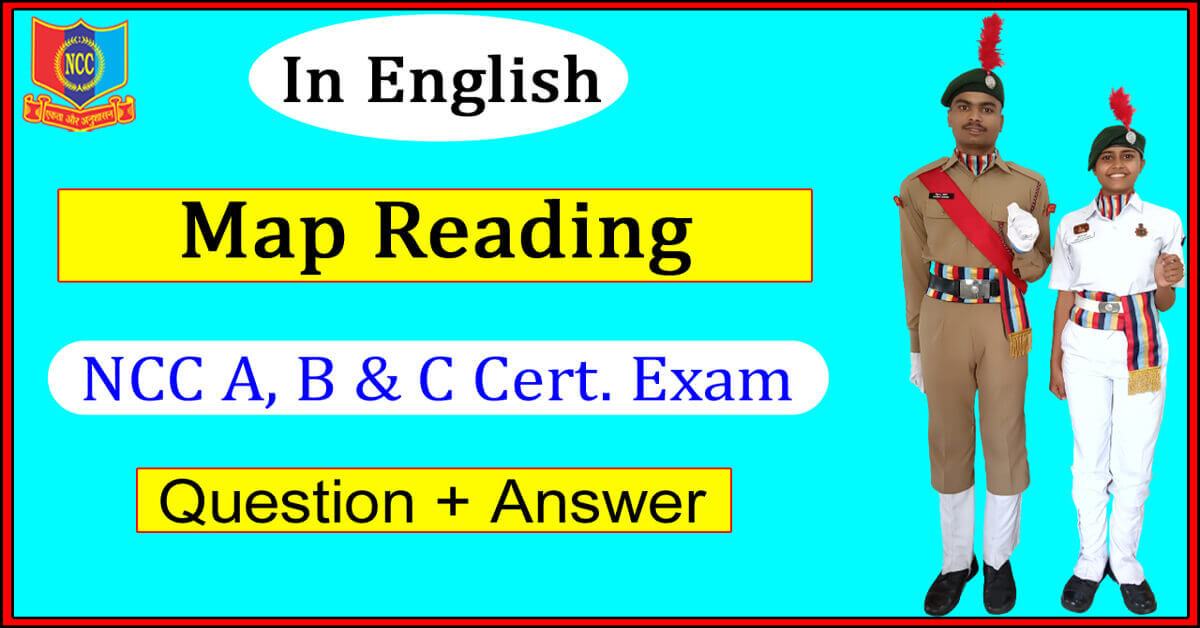 Answer :- A picture made of paper, cloth or cardboard on which a certain area of ​​the earth is represented or depicted on a certain scale by definite symbolic signs, is called a map.

(iii) On the map land its own and ………. Indicates the status of

(i) Knowing your position

(iv) Getting information about any locality

(v) To find the forward and backward degrees of any place

(ix) can plan activities especially in times of war

(iii) Pink red lines running vertically and horizontally on the map are ………….. lines ?

(iv) Without compass at night the correct answer can be found through ………….. ?

Answer :- It is a system of satellites and receiving devices that provide accurate information about their presence on the earth to people and equipment, in the normal GPS operating system, 24 satellites are used which complete the orbit of the earth in 12 hours.

(vi) What is the difference between true north and magnetic north ?

(i) in measuring degrees

(iii) in setting up the map

(v) In finding the direction

(iii) Finding the distance on the map

(i) Yellow color on the map is used to show agricultural land ?

(iii) Is it possible to show all the figures of the land in the map ?

(iv) Indicative signs are used in the map ?

(v) Water figures are shown in red color in the map ?

(ii) Map is made on paper as a scale, so it is not impossible for all the guests to see the land.

Answer :- To the north direction

16. What is Navigation Party ?

Answer :- Navigation party is a small group, which mainly consists of three persons. This party takes the biggest parties from one place to another and brings them back, showing the way. It passes through many limits to reach the target.

17. Write the goods used by the navigation party ?

(i) Different Compass set up

(viii) stick for measuring the pit

(b) The vertical line on the survey map is called the northing line ?

(f) There are two types of scale ?

19. Write the methods of finding north direction without compass ? ( 5 )

21. What is the composition of the Navigation Party ? (5)

Answer :- The structure is as follows –

(i) Guide – It moves with a bright stick and set compass

(iii) Recorder – It carries another compass and pebbles in its pocket, which it uses to measure distance

(iv) Scouts – Scouts follow at the back whose number ranges from 2 to 4 depending on the work to be done on the route.

22. How can you find the north direction during the day without the help of compass ? ( 10 )

(i) To what degree can the compass be read ?

(iv) Which color is used to represent the road on the map ?

Answer :- A picture made of paper, cloth or cardboard on which a certain area of ​​the earth is displayed or depicted on a certain scale by definite symbolic signs is called a map.

(iii) Finding the distance on the map

(i) Green color – for vegetation

Answer :- Contour line on a map, which is an imaginary line on the surface of the land, all the points of which are at the same height from a datum plane Usually it means above sea level

29. What is the length and width of the service protector ?

30. Which line number is taken first while calculating GR ?

32. Which chart is used for marching at night ?

Answer: – To the ground buried between the target and the viewer

Easting Line :- The vertical line on the map whose serial number is from left to right.

Northing Line :- The horizontal line on the map whose serial number is from bottom to top.

Answer :- There are three types –

(i) Knowing your position

(v) Getting information about any place

(i) First open the map

(ii) Open the compass and place it on the map

(iii) Join the tongue notch and thumb ring notch of the compass on the longitude and latitude lines of the map.

There are three types of answer –

(a) Knoll – A small hill separated by a chain of hills whose The size and height are relatively less, brings the knoll. Or a separate hill is called a knoll.

(c) Dune – A large pile or mound of sand and soil etc., due to the velocity of the wind Dune is formed when it takes shape.

(i) It is used in defense aircraft, ships and special vehicles

(iv) It helps soldiers to find routes in dense forests, mountains and deserts does

Answer :- A network of long and 36 running pink red lines is spread on the map. Some of these lines seem to run in the north and south and some in the east and west. These lines form the shape of small squares on the entire map. These lines are called grids. With the help of these, any particular place can be easily shown on the map.

Answer :- There is a rectangular instrument made of ivory, plastic, wood or belt, etc., which is mainly used to draw and measure the scale on the map. It is an inch long and 2 inches wide. At present, there is more circulation of Income Tax Service Protector Mark-lll A and Mark-4 A in the army.

(iii) To calculate distance on the map

(a) Service Protractor :- Is a rectangular instrument made of ivory, plastic, wood or belt, etc., which is mainly used to draw and measure the scale on the map. It is an inch long and 2 inches wide. At present, there is more circulation of Income Tax Service Protector Mark-lll A and Mark-4 A in the army.

(c) Prismatic compass :- It is a round bibiano my differential whose needle always points towards magnetic north, there are two types dry and liquid army mainly uses liquid prismatic compass whose full name is

Answer :- To find your position by compass, select two or three famous places on the map and the ground (which are on both the earth and the map) and take out their magnetic bearing and remove the back bearing. Then convert it to Grid Bearing and after finding their back bearing, join them by straight line with the help of service protector, where it intersects it considers it as its on position, That is your on position. Remove its Six Figure, it is called Resection Method.

56. Make symbols for the following :-

(a) Road metal with kilometer stone –