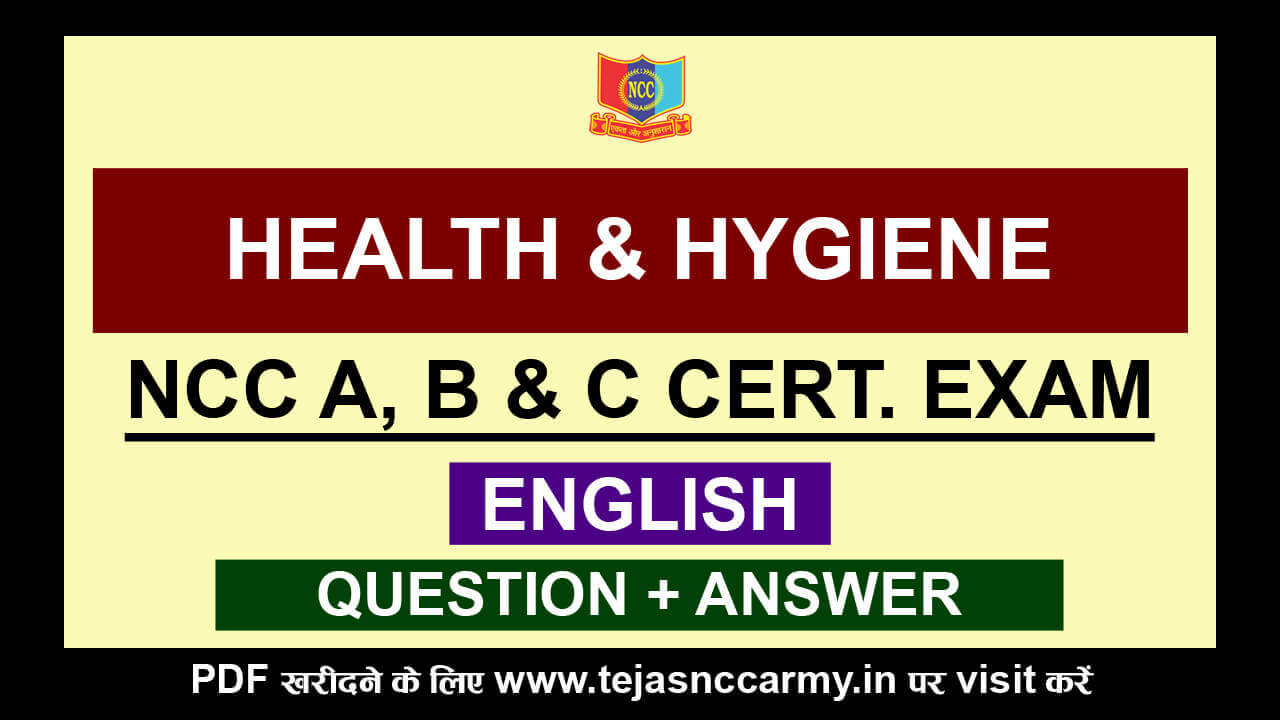 3. Write the full form of AIDS, its main Causes show cause ?

(iv) giving birth to an infant of an HIV – infected mother

(iv) Change clothes  ( wash hands ) after coming home from outside

6. Write the qualities of a good nurse ?

(i) The nature of the nurse should be kind

(iii) Must have stamina

(iv) Ability to work for long hours without breaks should be

(v) Must have patience

(vi) Must have good communication skills

(vii) Nurse should be disciplined

7. How will you ensure the cleanliness of  the kitchen ?

(i) Wash the utensils with hot water

(iv) Put the remaining vegetable peels etc. in the dustbin. will put

(vii) Will not allow water to accumulate around the kitchen

(i) Increase the morale of the snake bite person

(ii) Tie it tightly with a rope over the cut area

(iv) Take the person bitten by a snake & go to a private hospital immediately.

11. What do you do to stop the outbreak of malaria ? Will you take preventive measures ?

(i) Will not allow water to accumulate around itself

(iii) Will take care of cleanliness

(iv) Install nets in the windows

13. Write about any six asanas of  Yogasana ?

14. What do you understand by first aid ?

Ans :-  suffering from any accidental event or disease from the arrival of the person to the doctor or to the hospital First aid is the treatment given till now.

(i) Tolia around the village to stop bleeding put

(iii) Wash the injured area carefully with soap and water. clean up

(iv) If there is an antibiotic cream, apply it on the injury

(v) Apply a clean bandage to the wound

(vi) Quickly take the victim to a private hospital